Tom Sagar is one of enduro’s fun loving characters. He loves life and loves his bikes. After a lengthy absence from the European Enduro Championship, three years ago he turned his attention back to the series and set about winning the overall title. 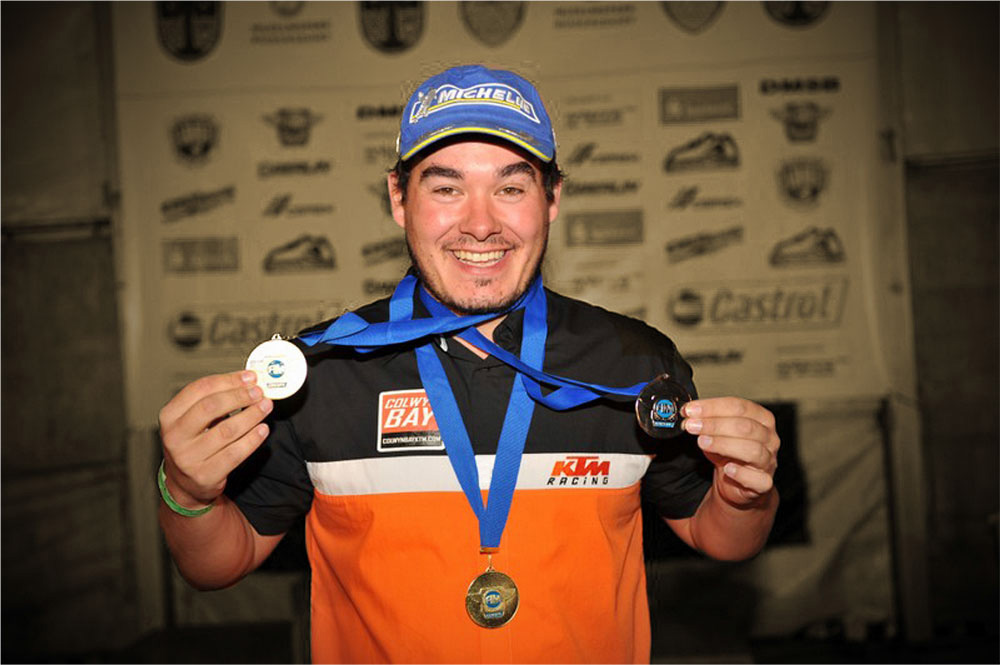 In 2014 he came agonisingly close to sealing deal but it was ultimately a day one non-score that saw him finish nine points short of taking the championship from Maurizio Micheluz. Back for more in 2015, Sagar avoid the pitfalls of 2014 by starting things off with a healthy dose of points in Italy. A win in Croatia was followed by another in Finland before he clinched the title in style with a double victory at the series ending round in Germany.
We caught up with Tom to get his thoughts on becoming an EEC champ for the very first time…

Tom, congrats on winning your first overall European Enduro Championship. You’ve got to be pleased with that!
Tom Sagar: “After three years of trying to win the overall title this year I finally sealed the deal. I’m still shocked that I’ve done it, to be honest.”

When did you actually feel like you could become champion?

“It was sort of about round three in Finland. I didn’t have the best start to the season in Italy. Maurizio Micheluz was untouchable and won both days. Winning the second round in Croatia gave me the kick I needed, so I headed to Finland determined for a repeat. Finland was definitely the turning point and also the best I rode all season. I left there feeling like I could be champion.”

What is it that appeals to you about the EEC series?

“The EEC series is old-school, proper enduro events with a mixture of terrain and tests. Each club that run these events put in 100%. It’s a friendly and relaxed atmosphere and anyone can race it. I think the European series is the best stepping stone for younger riders who want to go the world championships.” 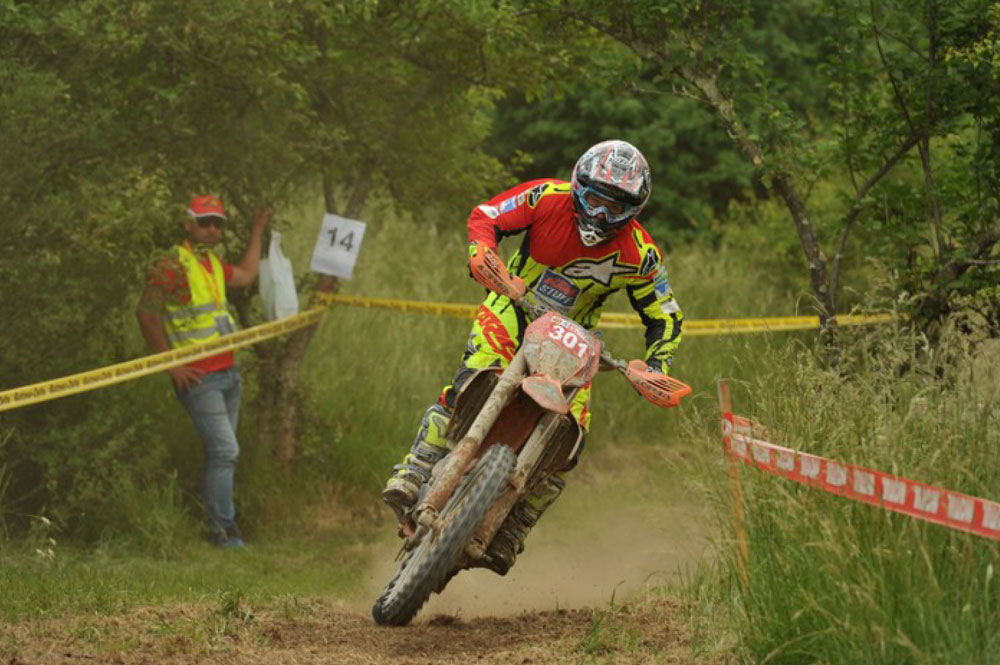 What were your season’s highs and lows?

“Obviously claiming the overall European title is the high. Having a decent result at the ISDE also has to be one of the highs, as I always seem to have really bad luck at the Six Days. As for the low point of the year, probably it’s the fact that I didn’t do overly great in the British Enduro Championship races. I knew this year was going to be hard with the level of top riders in it, so I had set myself the goal of a top five.”

Unfortunately it looks like you won’t successfully defend your British Enduro Championship title this weekend, are you disappointed by that?
“I can’t say I’m too disappointed. Of course I want to win but I knew that with the return of the McCanney brothers and David Knight it was going to be a close battle for all of us. I set myself a realistic goal of top five and I’m fourth with the dropped points. I’m also second in Enduro 2 class too. Actually, I would have finished third overall and first in E2 without dropping points.”

What do you think about the depth of talent currently in the BEC? With the McCanney brothers, Steve Holcombe, Knight and yourself, it’s a very competitive national series to be in?

“I believe the British talent in the BEC is at an all time high at the moment. I think that’s helping riders like myself compete so strongly in other championships. It’s definitely keeping me on my toes.”

Are you looking forward to defending your EEC title in 2016?

“Yeah, definitely. It took three years to get to this point so I’m looking forward to starting the 2016 series as champion with the #1 plate. I’ll also be racing the BEC and British Sprint series at home so it’s going to be a busy year again for me.”

Finally, who would you like to thank for helping you this year?

“I can’t thank KTM UK enough for their support. Without the effort from Shaun (KTM UK) and Ian (Colwyn Bay Motorcycles) I wouldn’t be able to complete at the level I’m at. Not to mention the support I’ve had from my sponsors, who’ve looked after me with the best products. This title’s for them too!”